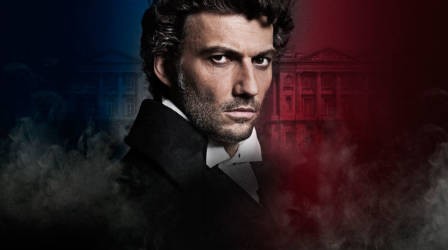 TweetThe new year begins on a high note as opera is projected live, the Guggenheim celebrates its evolution and Barcelona offers children a magical beginning to 2015 The opera makes its way into your heart this new year thanks to London’s Royal Opera House. The esteemed leading opera company, centered in the iconic Covent Garden […]

TweetWith more than 5 million dogs in Spain, it’s good to know there are plenty of things to do with your hairy friend. According to Spain’s National Association of Pet Food Makers (ANFAAC) there were 5,400,000 registered dogs in Spain in 2013 and as of 2014 that number is estimated to have risen to 5.5 […]

TweetPeter Pan, Bleu! and a new temple of design are a welcomed addition to your holidays This holiday season the stage comes alive for children as both the young and young at heart, have the opportunity to relive a timeless classic, Peter Pan. The audience will be treated to Peter Pan, Wendy, fairies and mermaids […]

TweetMr. Brainwash debuts in Spain, nature is unleashed in “Genesis” & Santiago’s foodie-phenomenon pilgrimage, all prequel the Spanish holiday season. As the holiday season approaches in Spain, some would argue it’s already here, one is faced with a banquet of social options: from pop art exhibits, to the 20th Anniversary of GQ Spain or from […]

TweetThe holidays are almost here and if you’ve got a dog or cat on your list to Santa that might mean buying and/or bringing it in from overseas, or perhaps you’re moving to Spain and are bringing your pet too. Here are some guidelines to remember that will help ease the trip for both you […]

TweetMonsieur Givenchy revisited, a tribute to dancers lost, and musicals that will make you move. Yes, October delivers. In addition to the colorful foliage always welcomed with great enthusiasm this time of year, this Fall brings with it an array of entertainment for all. From Homer’s The Iliad to a musical adaptation of Whoopi Goldberg’s […]