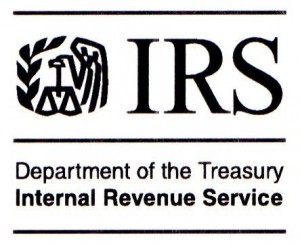 The IRS has streamlined their tax service to facilitate voluntary reporting of offshore financial activities.

The IRS makes significant variations to its offshore disclosure procedures to encourage U.S. taxpayers with foreign financial assets to comply with their tax obligations.

Earlier this year, on June 18, the IRS pronounced major modifications to its offshore voluntary compliance programs, providing fresh opportunities to aid taxpayers residing both overseas and in the United States.

The changes are projected to help thousands of people to comply with their U.S. tax obligations. Modifications were made in response to public remarks that the current program needed a track to compliance for individuals whose failure to report offshore accounts was not willful.

Notably, both paths are a one-way street. Once a taxpayer makes a submission under the streamlined program, the taxpayer may not participate in the OVDP. Likewise, a taxpayer who submits an OVDP voluntary disclosure letter on or after July 1, 2014, is not eligible to participate in the streamlined program. To avoid creating a larger problem, taxpayers should pick their path to compliance judiciously with the advice of experienced tax counsel.

The United States has severe income tax and reporting obligations for foreign financial accounts. U.S. citizens, lawful permanent residents, and individuals who are considered residents under the substantial presence test must:

• Report and pay tax on income earned from foreign financial accounts;
• Report on Schedule B, Interest and Ordinary Dividends, of Form 1040, U.S. Individual Income Tax Return, whether at any time during the year the person had a financial interest in or signature authority over a financial account (such as a bank account, securities account, or brokerage account) situated in a foreign country and the name of the foreign country where the account is located;
• File Form 8938, Statement of Specified Foreign Financial Assets, if the taxpayer holds specified foreign assets above certain threshold; and
• File FinCEN Form 114, Report of Foreign Bank and Financial Accounts (FBAR) (formerly TD F 90-22.1), to report a financial interest in, or signature authority over, one or more financial accounts in a foreign country with an aggregate value of more than $10,000 at any time during a particular year.

A trap for the imprudent, the obligation to file an FBAR applies to a U.S. person, a word that includes not only citizens and residents, but also an entity, including but not limited to, a corporation, partnership, trust, or limited liability company (LLC) created, organized, or formed under the laws of the United States.

The IRS states that it will not impose a penalty for the failure to file delinquent FBARs if the taxpayer has reported and paid tax on all income from the foreign financial accounts and the IRS has not contacted the taxpayer for the years for which the FBARs are submitted. (For additional information, see the IRS’s “Delinquent FBAR Submission Procedures” webpage.)

Significant changes to the IRS OVDP

Finally, it is important to mention that the IRS has made significant changes to the OVDP, which is now referred to as the “2014 Offshore Voluntary Disclosure Program.” The changes are found on the IRS website in the IRS Offshore Voluntary Disclosure Program Frequently Asked Questions and Answers, effective for OVDP submissions made on or after July 1, 2014.

One key change is a new 50% offshore penalty that applies if either a foreign financial institution at which the taxpayer has or had an account, or a facilitator who helped the taxpayer establish or maintain an offshore arrangement, has been publicly identified as being under investigation or as cooperating with a government investigation. This new penalty likely changes the calculus for taxpayers with accounts (including closed accounts) at banks that are either cooperating with the DOJ or are under investigation.

These expanded options for U.S. taxpayers underscore the IRS’s continued enforcement efforts aimed at U.S. taxpayers who have unreported foreign-source income. Taxpayers with unfiled foreign bank account reports or unreported income from offshore accounts would be wise to seek the advice of competent tax counsel, who can evaluate the case, explain the options, and develop a defense strategy. Practitioners should be familiar with the new procedures so that they are prepared to advise clients how to solve these problems.

Please contact us here at Spainwide to help you with your US tax declarations, we’d be happy to help you.