Back in 2013 the Offshore Leaks report, the crisis in Cyprus and the US Senate’s probe of Apple’s tax affairs injected renewed urgency into a global effort to crack down on aggressive tax avoidance. In fact, governmental authorities alleging that Apple had avoided billions of dollars in taxes shone an unforgiving spotlight on the international tax system and the concept of Controlled Foreign Corporation. Well, now the G20 came together mid-Novemberto agree to share tax information with other countries’ tax authorities decided at the Global Forum on Transparency and Exchange of Information for Tax Purposes. 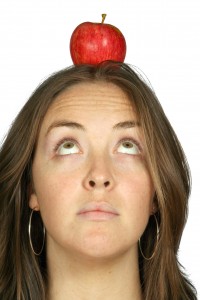 So, how are Apple tax woes relevant to US individual expatriated entrepreneurs?

Well, the reality is that the rules to determine the tax consequences for businesses like Apple are very similar to the rules US persons who are shareholders of a foreign corporation have to comply to.

In simple terms, a US person who lives, let’s say, in Madrid running and owning a company organized in Spain, share these important facts with Apple:

Therefore, the exchange between Apple and the US Congress, and the coming G8 summit in Northern Ireland should be of interest to anyone involved in outbound US taxations.

1/ What are the implications of failure to comply to the reporting rules for CFCs?

It is important to keep track of ownership throughout time because controlled foreign corporations tax implications affect taxable income, earnings and profits and foreign tax credits to name a few. Establishing an effective accounting documentation system can significantly cut the consulting and preparation time.

Additionally, there are steep penalties (a potential minimum of $10,000 per year) for not filing. The required forms to files are mandatory even though no tax may be due.

2/ What are the required forms to file?

Generally, a US person will be required to file a:

3/ When will a US person be deemed to be a shareholder of an Controlled Foreign Corporation and be required to file a 5471 form?

4/ What can a US person do to facilitate the filing process?

The essential information will depend on the complexity of the foreign corporation structure. But at a minimum, the following should be available:

If there’s any lesson to learn, Controlled Foreign Corporations under the US tax code poses unique challenges at every level of US taxes to corporation and individuals. To gain a minimum understanding of the complexities related to CFC income and obtaining some fundamentals can prevent an expatriate from making costly mistakes.

Are you a US expatriate entrepreneur and would like help with your US Tax declaration and filing? Please contact us at Spainwide today (using the contact form or calling us on the above number) to see how we can assist you with your US Tax obligations.